Our executive team is a passionate group of committed individuals (who also ju​st happen to be crazy about running!). We understand the power of the flock and strive to make a difference in our community. 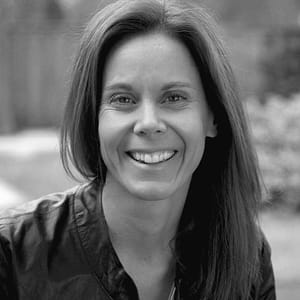 Carrie Scace (trail name: Owl) is a writer, runner and mother of two amazing young men. After a long running life of mostly marathoning, she now finds contentment and inspiration on the trails, and particularly adores long days of climbing up and running down mountains. She is constantly inspired by all the Harriers, and is proud to be part of the flock. 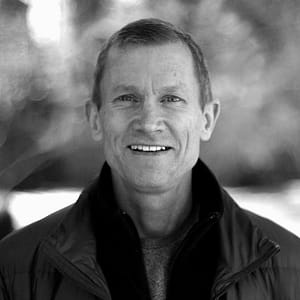 Alistair is the epitome of a passionate runner. While he loves running fast, he’s insistent on running long term which means he believes in running smart, and always tuning into the joy of running. Having run some of his fastest times after the age of 50 (including a 16:51 5km!), Ali has a specialty in helping masters runners access their potential. Despite his middle-distance speed, Ali’s main love is trail running and he has some epic ultra runs (and wins!) under his belt. 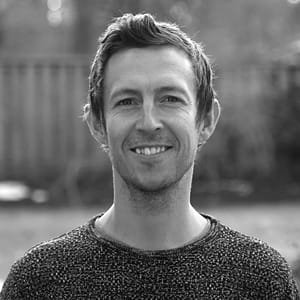 Ian Kinsella is in charge of memberships and recruitment for Toronto Harriers and runs a recruitment business for the technology industry by day.
Ian is an Irishman (from Dublin) who came to Toronto 5 years ago and has been making his mark on the Toronto running scene ever since. He is a strong road runner (a 2:33 marathoner) but loves racing on the trails. Not surprisingly, his favourite drink is Guinness
In 2022 Ian hopes to run a sub 2:30 marathon and immerse himself in racing and the running community again.

Sarah Stern started running in 2011 when, through work, she got the chance to enter the New York City Marathon. She admits to having no idea what she was getting herself into and absolutely no idea how much running was involved in getting to the start line. She eventually ran New York in 2015, and shortly thereafter decided that she really did like running. During the day, Sarah builds partnerships that increase the capacity of individuals and communities to access good, healthy food. Sarah is really proud to be part of the Harriers, a community filled with runners who inspire and are inspired by each other.

As the mother of three and a technology lawyer, Christa appreciates the balance and perspective that running provides her. Above all she cherishes the friendships and sense of community the Harriers has brought her.

Gila Ossip is a CPA and owner of Livelihood, a payroll service provider for families that employ nannies, elder caregivers and other domestic staff. She is a proud mom to 2 teenagers who love to keep her on her toes. Gila loves to run, likes to occasionally race and really enjoys spending time with the Toronto Harriers community.

Feite began running in 2009 when he was signed up to a local 5K running clinic as a father's day gift. Two years later he ran his first marathon, and has never looked back. He continues to race all distances from 5K to marathon and with Harriers coaching he's still getting faster as he gets older. As a technology executive and father of two teenagers, he has found running to be the perfect way to maintain fitness and invest in self-care. He can often be found running around the streets of mid-town Toronto and his happy place is running loops around Mt. Pleasant Cemetery.

Cory Freedman is a lifelong runner, who started running at the age of 14, when she saw people running in the Toronto Marathon and thought it would be cool to run more than 5K.
More than 40 years later, Cory is still running and is a three-time Ironman Triathlon finisher, including the World Triathlon Championships in Hawaii, and has also completed more than a dozen marathons, 50+ half marathons, multiple adventure races, duathlons, road and mountain bike events at home and abroad.
Cory’s favorite running routes include the Beltline Trail and other midtown “go to” routes.
As founder and owner of MAX VO2 Management Inc., Cory has successfully mixed business with a passion for endurance events. In 2009, she launched the Toronto Womens Run Series which now, fifteen years later, is one of the most established women’s running series in Canada, seeing more than 50,000 girls and women cross the finish line over a variety of distances.